Experiencing peace is one thing, actually using it to transform your life is quite another. A great deal goes on between the intention and the action, and sometimes you might catch yourself saying, "I didn't want to do that, but ..." or "Sorry, I didn't mean to say that." To be in full control of your life you need not only to know, but also to understand the process through which an intention becomes an acion.

Thoughts occur in the mind. Through the mind you imagine, think and form ideas. The intellect is the most crucial faculty; through the intellect you exercise control over your mind and over yourself. The purpose of meditation is to fill the intellect with power, thus making yourself clear-headed and perceptive.

The third faculty of the soul which comprises the impressions left on the soul by actions we have performed. These impressions are called Sanskaras. Habits, emotional tendencies, temperament, personality traits are all built up by sanskaras imprinte on the soul through each action it has performed.

The mind, intellect and sanskaras function together in a cyclic pattern which determines how you behave, what thoughts you have and even what mood you are in. First, the mind produces thoughts, evidence that the intellect judges. On the basis of that judgement, an action is performed or not performed. The action, or inaction, creates a sanskara which, in turn, becomes part of the evidence in the mind.

A good illustration of this is the formation of a habit such as smoking. The first time you are offered a cigarette, many thoughts, both for and against, arise in the mind: 'It's bad for my health,' 'I wonder what it tastes like,' 'It is very easy to get addicted, 'Everyone else does it' and so on. On the basis of these thoughts, the intellect makes a decision. Let's suppose that it makes the decision to try a cigarette. A sanskara is created by that action and the next time you are offered a cigarette that previous action becomes part of the evidence in the mind, as a memory: 'I smoked one before.' If you decide to smoke one again, the repetition deepens that sanskara, just like planning a groove in a piece of wood, until eventually the evidence in the mind, urging you to smoke, has become so overwhelming that no evidence for not smoking remains. The intellect has now become very weak, even defunct. There is no longer a choice or judgement to make. There is just the strong thought rising in the mind: 'Have a cigarette!' and you perform the action automatically. You are no longer in control; your past actions in the form of sanskaras are ruling your present.

However, I can also use this mechanism to create peaceful, positive sanskaras. As you sit in meditation, you will experience yourself as a peaceful soul. This experience forms a sanskara. The next time you are about to get angry, through force of habit, the mind will present contrary evidence: I am a peaceful soul. This forces the intellect to make a decision. As the intellect gains strength of will through meditation, it becomes easier to act on peaceful sanskaras, as opposed to negative sanskaras. Thus the intellect begins to control both the mind and actions. You, the soul, become the master of the present. You are no longer the slave of your past. Gradually you will reach a position where you choose to put into action only those thoughts which will lead you to experience permanent happiness and contentment

For example, if you want to give up the habit of criticizing people, throughout the day keep creating the positive thought: ' I see all as peaceful souls.Instead of criticizing their weakness, I will only see their virtues and specialities' or 'I must first change my own weaknesses before criticizing the weaknesses of others.'

For the latest, inspirational and motivating Service News by BK all over Indonesia

Uplift yourself by enrolling to our upcoming Online Workshops The Call of Time The Call of Time Channel 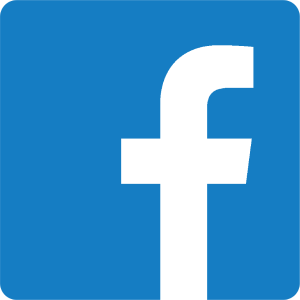 The power of Divine Vision

Take the power from the Source Fill yourself with beautiful qualities

He showers you with unlimited power, ecstatic peace, unconditional love and purifies you from any negativity Radiate Love into the World

For a first class natural beauty that does not age with time, it's important to observe a purely vegetarian diet - Try out our best selection of vegetarian main course and desserts recipes

View the blessing from your Special Guardian Angel today

View the latest events happening in the BK World

Feeling low and depressed ? Chat with our Support team via the Online Forum - our service is 24 hour

Transform your life - Crystal Visualize the Paradise that is making its way to you ...